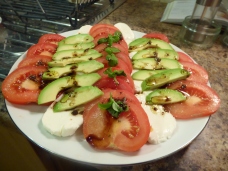 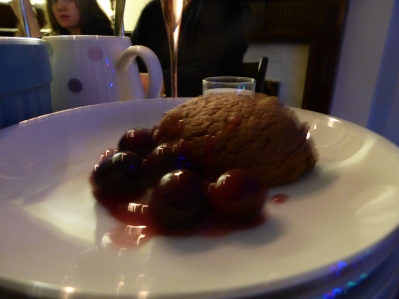 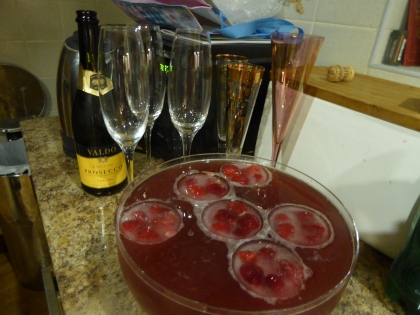 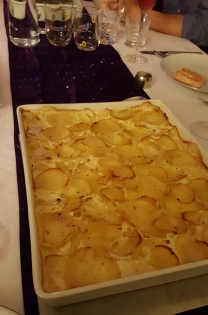 The end of 2014 (‘the year of broken things’) and beginning of 2015 was pleasant but I was still having the odd ‘wobble’ about my marriage break up and separation and had a row with my ex on New Year’s Day, which resulted in his not coming around for a meal with all the rest of his family and my children. On the whole however I was feeling great about being single again and I was feeling attractive and ‘me’.

The end of 2015 and early 2016 was far calmer, although my depression due to basically just having too much to juggle in my life, cast a sad spell over the final months of the year.  On the whole however I feel very positive about 2016: I think this will be the year that the creative side of me is more fulfilled.

New Year’s Eve celebrations were great.  My parents generously paid to take the children and me to Capernaum bistro for Edward’s 5th birthday. 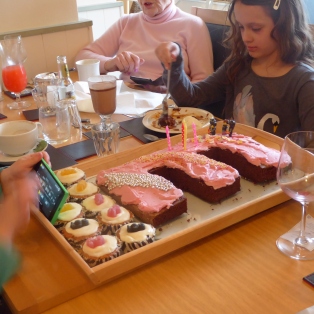 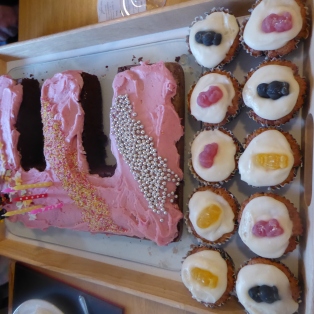 This was Edward’s cake (for some reason there seem to be fewer options for editing photos in wordpress today, so I can’t work out how to turn the photo round) – spot the Lego mini figure heavy metal band!

The children then went to see their Dad and his girlfriend while I got ready for New Year’s Eve dinner – as last year, at my house.  Dave Brooks brought some amazing Prosecco Punch with incredible ice cubes in it, which started the process of new year inebriation.

The menu was Insalata Tricolore (it was meant to be Insalata Caprese but my basil plant had all but died, so we only had a basil garnish); Salmon with a sort of Prosecco Cream (see note below) with Pommes Dauphinoise and green veg.; then dark chocolate mousse with a warm cherry and cassis sauce to finish.

Please note that the Salmon in Prosecco Cream is my very favourite dish at Capernaum and so it was a case of ‘imitation is the sincerest form of flattery’.  I have to say that whilst my guests were very complimentary about my cooking, the Prosecco Cream (which was a bit of guesswork rather than a recipe) was nothing like as good as Ant’s (the chef-proprietor at Capernaum).  Also my green vegetables were a bit overcooked, which I hate.  However I was proud of all my other dishes and I was really glad I had chosen salmon for the meal rather than a heavy meaty dish.

The chocolate mousse is a Raymond Blanc recipe except he adds port rather than cassis, and serves the sauce cold.

I then started the New Year well with a short lie-in while I read in bed and had a coffee, and then went out for one of my favourite runs.  The air was slightly icy but stimulating and I stopped several times just to enjoy being out.  The swing which Alex and his friends had pointed out to me a while ago was wonky and whilst I swung on it for a bit, the rope cut into my left leg.  I paused by the stone memorial which had appeared at about this time last year, wondering again who Lorna Games was and what the significance of the calf or whatever it was on the stone was; and of course I had to stop to admire the view.  Despite it being a rather dull day and hence not particularly great for photographs, I love this view over towards Walton, the Solway Plain, Kielder and then Scotland – the misty Scottish hills touched with a sprinkling of icing sugar snow on their tops. 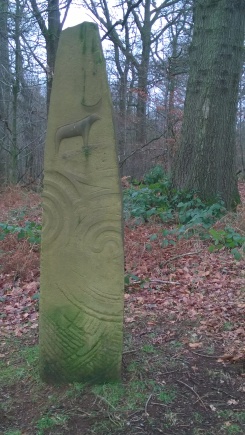 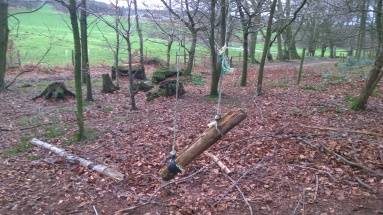 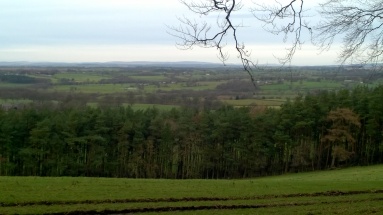 As I ran I thought over my goals and desires for 2016: you will have seen them in my other post, and details of singing events and of published writing will follow on my website.  Meanwhile, I wish everyone (me included!) an incredibly happy, successful and abundant 2016, and that your dreams may come true – however remote they seem just now.